With the new worldwide trend to make use of unused rooftop space in city centres, it was decided to push the boundaries of this concept a bit further. Seven vintage “Airstream” caravans (imported from America) were lifted onto the roof of the Grand Daddy Hotel in Long St., Cape Town City Centre. Each caravan was modified to have all the luxuries. (including shower, toilet, basin and even a bath) The interiors were designed each by a different artist according to a theme and serve as rooms – part of the 4 star hotel.

The layout concept was inspired by the traditional American “circle the wagons” (similar to the South African “laager”) Caravans encircle the main stair well to create an oasis of “space” on this elevated plane in the middle of the city centre.

This project is a first for South Africa, if not for the world. 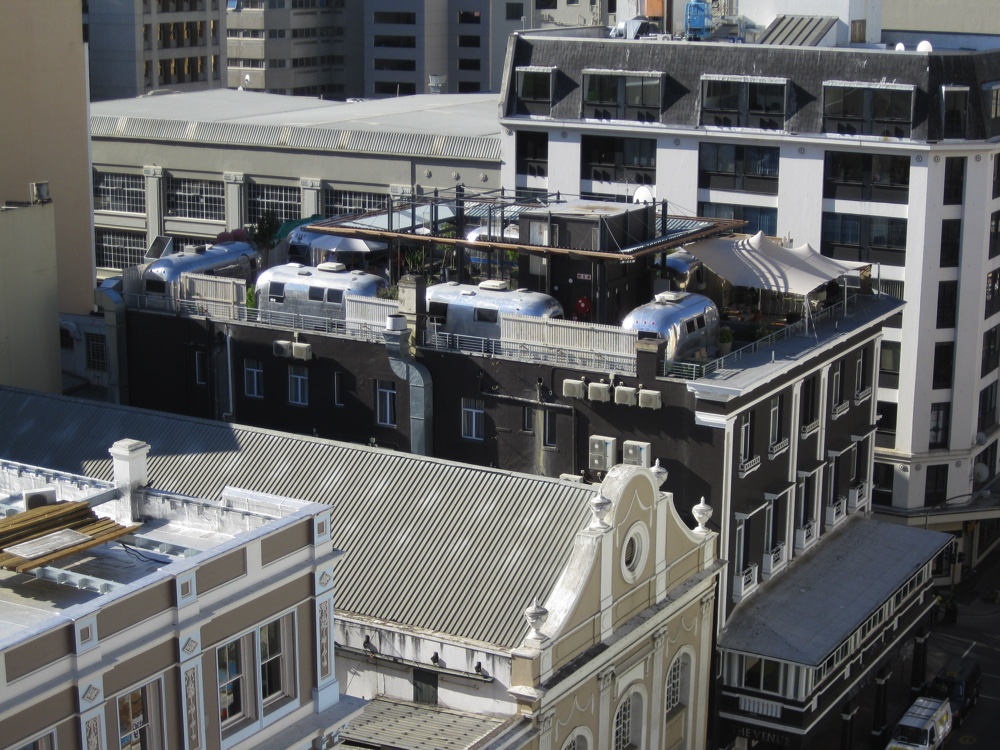 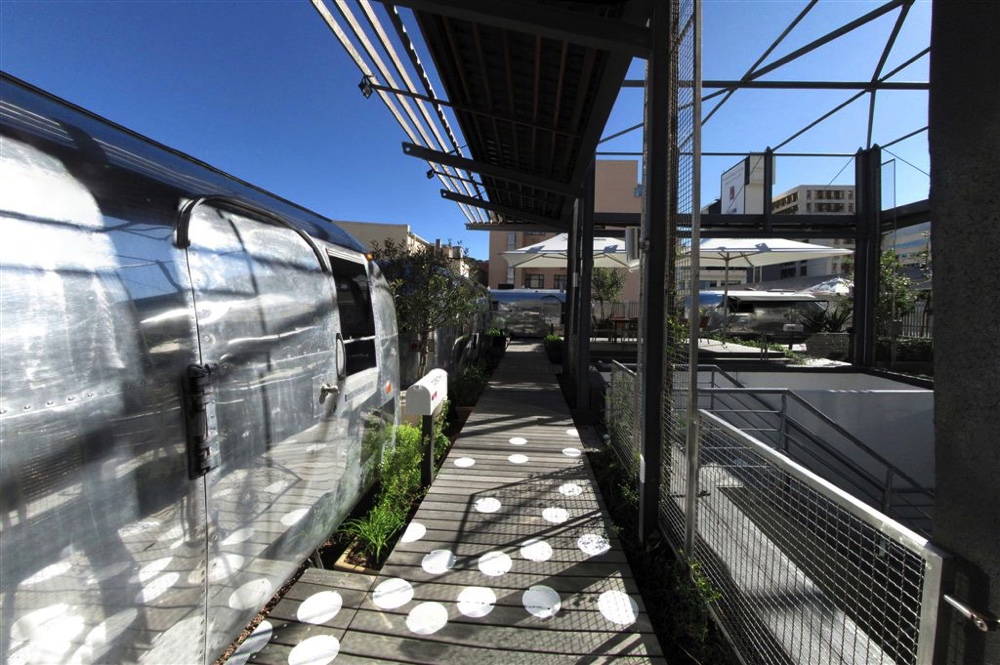 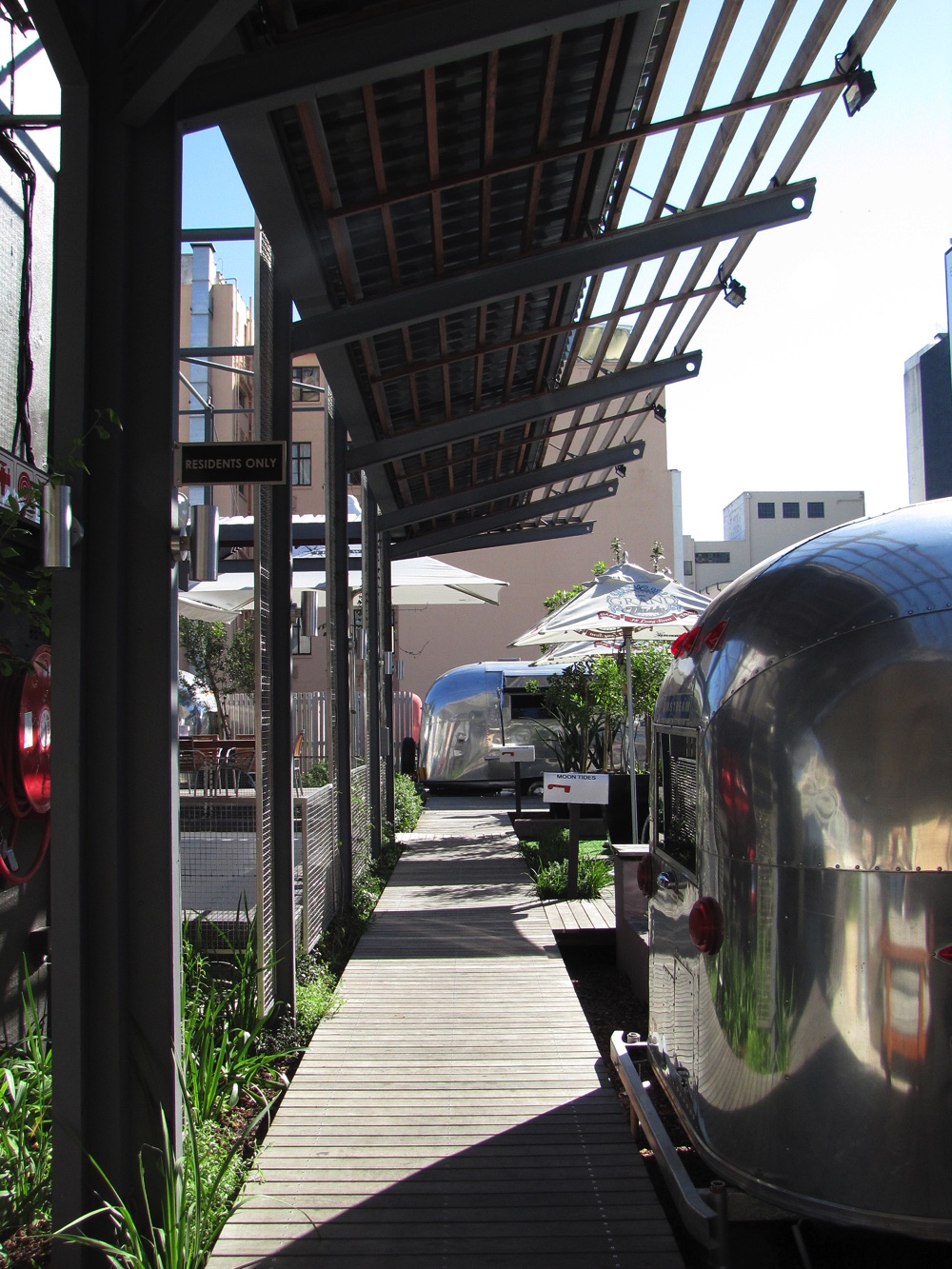 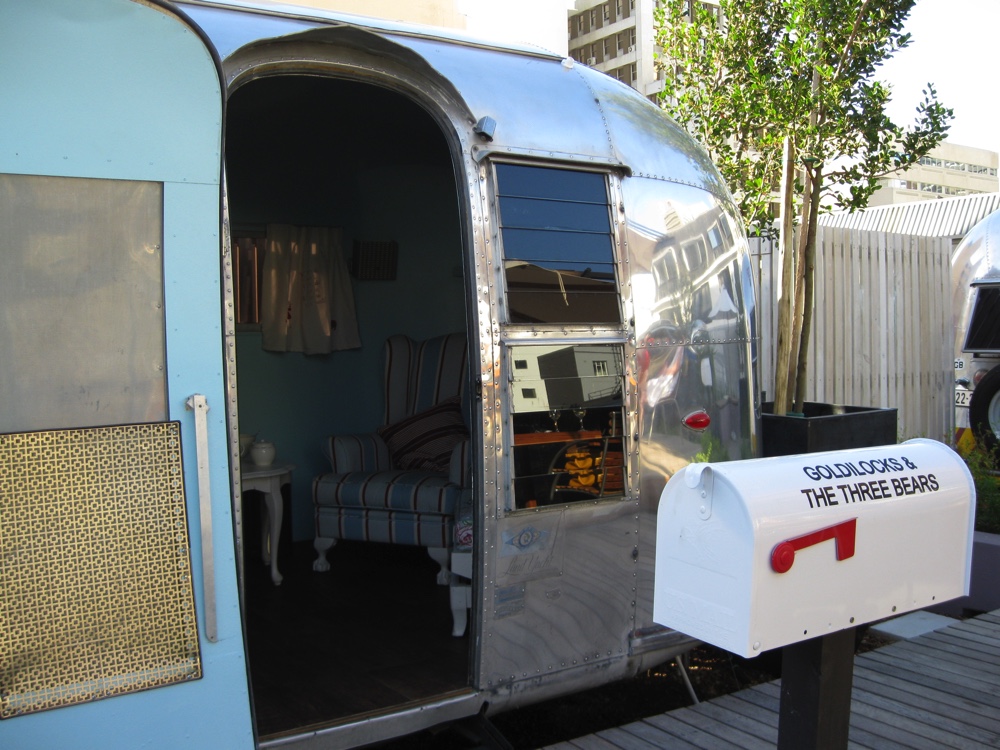 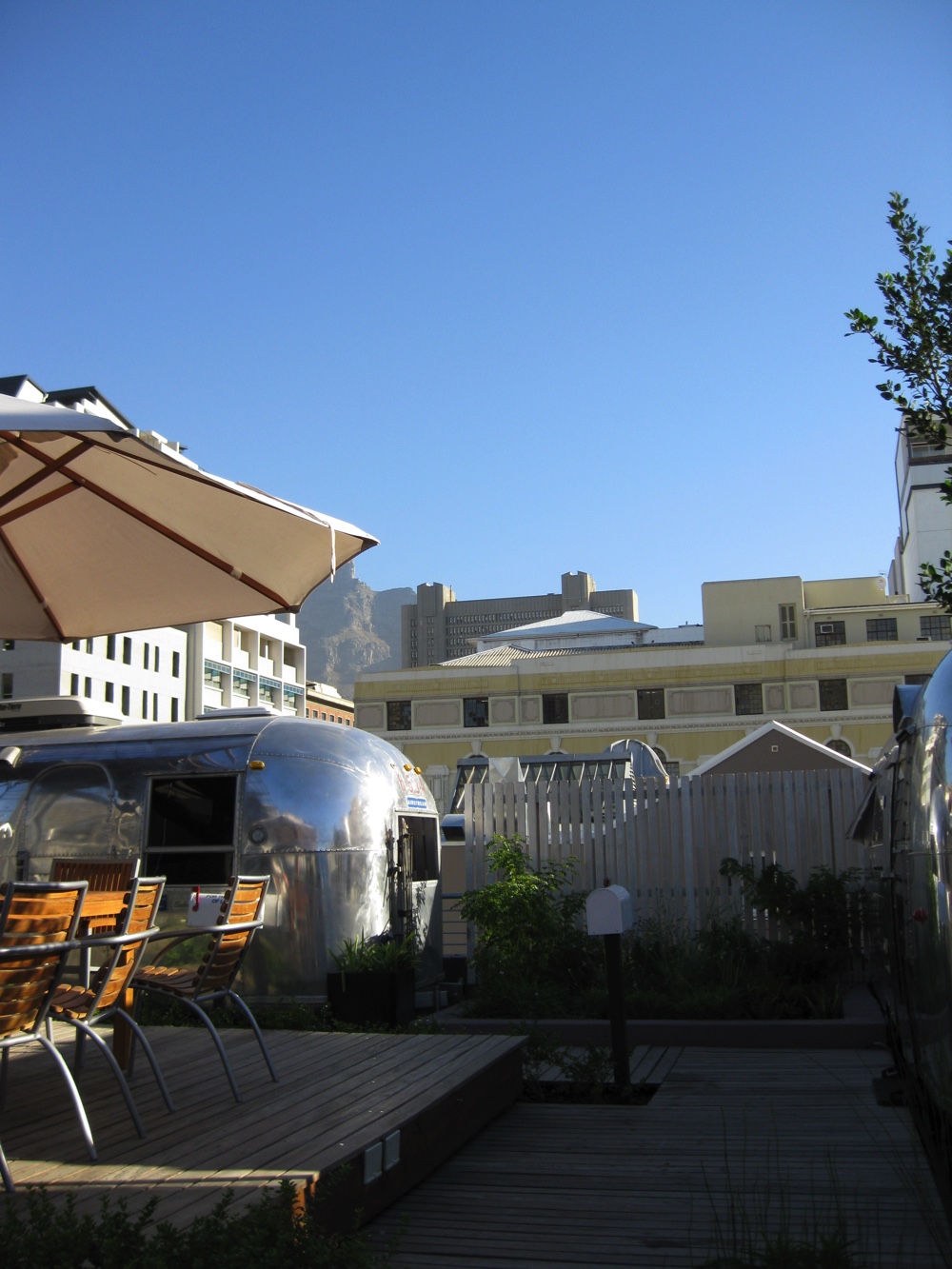 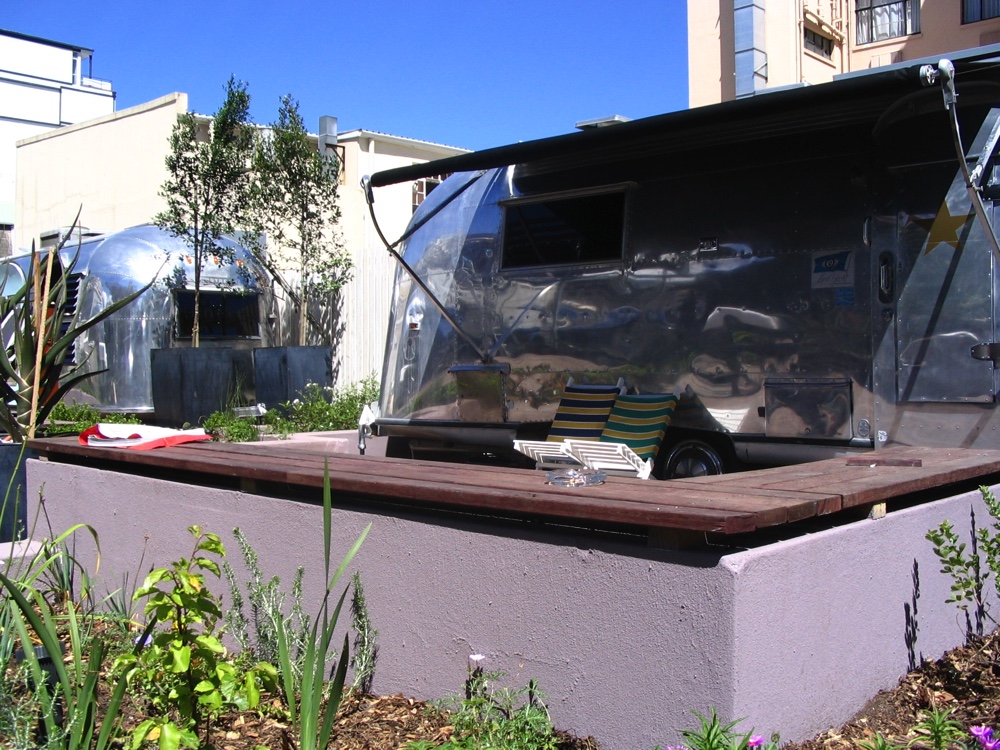 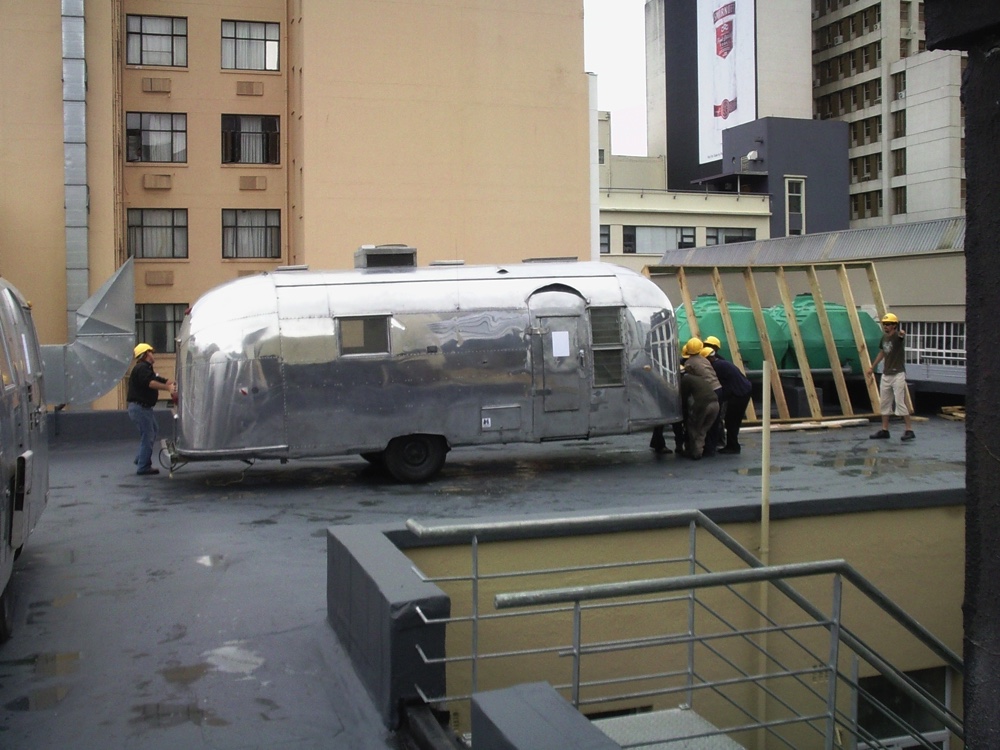 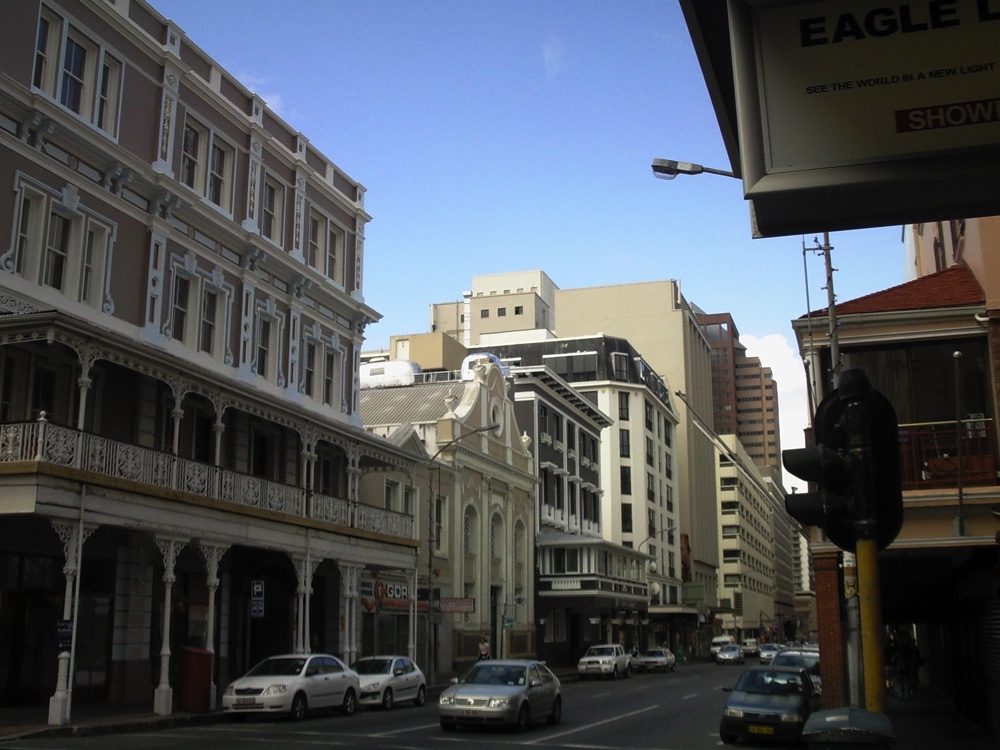